Symbolically, the name “Black D.O.G.” may not evoke thoughts of serenity and contentment. That might change if you try this cannabis strain from Humboldt Seeds.

Black D.O.G. is an Indica-dominant hybrid strain recognised for its calming physical and intellectual effects, thanks to its superior genetics.

But there’s a lot more to learn about Black D.O.G., such as its cannabinoid and terpene composition and growing instructions.

Continue reading if you want to become an expert on this sleep-inducing strain!

The parentage of Black D.O.G. is the most interesting aspect of its genetics. Blackberry Kush and  Emerald Headband  are the two parent plants that gave rise to Black D.O.G.

Both Emerald Headband and Blackberry Kush are grown in Northern California, but there are certain important distinctions between the strains that contribute to Black D.O.G.’s distinct mix of effects and medicinal advantages.

Emerald Headband is the result of a mix between Emerald OG and Headband. The resulting strain is largely Indica-dominant, with an 80 percent to 20% split. It’s famous for producing a strong body high and a lot of mental fog.

As you may expect, Black D.O.G. is Indica-dominant, much like its parents. It has an Indica to Sativa ratio of about 85 percent to 15 percent, which promises a profoundly calming, physical high, as we’ll discover in a minute.

Humboldt Seeds is situated in Northern California, although it has offices all around the world, including the United Kingdom.

Black D.O.G. is a highly eye-catching strain, and as a result, it’s pretty straightforward to recognise solely on aesthetics alone.

The first thing to notice is that, unlike the majority of cannabis plants, Black D.O.G.’s leaves seem virtually black. On a physical level, this is the major attribute that distinguishes Black D.O.G. from other strains.

Another thing to remember about Black D.O.G. buds is that they are quite thick. This implies that, while they may not be especially huge, picking one up will feel hard, firmly packed, and even weighty.

While we’re talking about Black D.O.G. buds, you’ll undoubtedly note that the leaves are little sticky. This is due to the significant trichome production of the strain.

Turning the bud over in a bright light will reveal the sparkling crystal-like trichomes.

The flavour of Black D.O.G. has an earthy foundation that is complemented by citrus fruits, grapes, berries, and even notes of diesel.

Fortunately for individuals who dislike strong cannabis aromas, the diesel flavour isn’t overpowering. Instead, the woody, pine-like flavour and fruity finish will take you psychologically into nature.

This isn’t a sweet strain, but it’s ideal for individuals who enjoy a mellow, earthy flavour with a small bite.

The perfume of Black D.O.G. is similar to the flavour, except the focus of the scent is on the fruity ingredients rather than the earthiness sensed by taste.

The predominant fragrances you’re likely to detect while smoking Black D.O.G. are grape and berries, with a trace of oily, toxic diesel coming through as an aftertaste.

Inhaling the scent of Black D.O.G., you may also sense earthy, woodsy, and piney notes, although these aren’t as prominent as the flavour when it comes to the overall scent.

If you want to know the degree and sort of high you may anticipate from Black D.O.G. before you take it, you need be informed of its cannabinoids.

Black D.O.G. has a medium to high THC percentage, which varies depending on harvest. The typical THC test result is 19 percent, while findings have ranged from 16 percent to 21 percent.

19 percent THC is just on the border between medium-strength (10% to 19%) and high-strength (20%+). Because of its high THC content, Black D.O.G. is appropriate for both beginner and seasoned cannabis users.

Beginners may use the strain in tiny amounts to enjoy its moderate advantages, while experienced smokers can increase their use as needed to feel the effects.

CBG, or Cannabigerol, is another cannabinoid present in Black D.O.G. Although there is just 1% CBG in Black D.O.G., it is worth highlighting since CBG has a more energetic impact than CBD (Cannabidiol).

Because of the high CBG content, Black D.O.G. is slightly more stimulating than its Indica dominance would imply.

Limonene is the major terpene found in Black D.O.G. according to tests.

Limonene has been linked to brain benefits like improved mood and stress alleviation, but it also contributes to the citrus tastes that come through when smoking or otherwise taking Black D.O.G.

Caryophyllene adds a peppery taste and is related with pleasurable sensations in the brain. Myrcene, on the other hand, has a pungent, earthy scent and flavour. When a strain contains Myrcene, you can usually expect a high degree of potency.

While there are numerous beneficial benefits connected with Black D.O.G., this strain, like all cannabis cultivars, has possible adverse effects.

Dry mouth is by far the most often reported adverse effect associated with Black D.O.G., with around 19% of this strain’s users reporting it as their major negative effect.

However, tongue dryness is not the only negative effect of this strain. Dry eyes are the second most commonly reported adverse effect.

Approximately 6% of Black D.O.G. customers have claimed dizziness as a consequence. This dizzy feeling, especially for inexperienced cannabis users, might cause worry, however anxiety and paranoia are not typical with this strain.

The majority of persons who take Black D.O.G. for medical purposes do so to treat sleeplessness, pain, and stress-related symptoms.

Because Black D.O.G. generates a body high as well as a relaxing effect, many users find it useful for falling asleep. Black D.O.G. can be a game changer for folks who suffer from sleeplessness.

This strain may be beneficial in treating other sleep-related difficulties such as nightmares since it will help you fall asleep faster and maybe sleep through the night.

Black D.O.G.’s soothing effect is also useful against emotions of tension. Using Black D.O.G. to control stress is unquestionably a medical usage, since higher cortisol levels induced by stress may have a variety of negative consequences on the body and psyche.

A pleasant or euphoric mood is one of Black D.O.G.’s key brain effects. These benefits are only transitory, but they may provide a momentary relief from the bad sensations associated with mood disorders such as sadness and anxiety.

Finally, those suffering from chronic pain may benefit from Black D.O.G. Over a quarter of Black D.O.G. users report that the strain’s body high helps them manage their discomfort.

In comparison to other strains, Black D.O.G. blossoms relatively quickly, with an estimated window of 48 to 55 days.

Because Black D.O.G. may be cultivated both indoors and outdoors, the yield varies depending on where it is planted.

This strain’s average outdoor production is around 2000 grammes per plant, with a range of 1000 to 3000. Indoors, the production will be much lower, ranging between 400 and 500 grammes per square metre.

Black D.O.G. might be the strain you’ve been hunting for if you’re looking for a calming, sleep-inducing experience. It is calming, uplifts the spirit, and induces sleep simultaneously.

However, if you prefer super-sweet strains or lack energy, Black D.O.G. may not be for you because it is earthy and not energetic.

Black D.O.G. is a cannabis strain with medium to high potency that is ideal for those who struggle to relax or fall asleep.

This strain will put you in a profound state of mental and physical relaxation while also elevating your mood, all while surrounded by a wonderful cloud of earthy pine.

Is Black Dog an indica or a sativa strain?

The breeder reports that Black D.O.G. has a rich flavour and scent of berries, grapes, and diesel due to its significant indica influence with THC levels ranging from 16% to 21%.

Is black dog a good strain to grow?

Fortunately, this strain smells far superior to your ordinary dog, with a pungent, musky skunk evocative of its forefather, the famous indica strain Kush. This ancestry is also evident in the velvety berry flavour of Black D.O.G. THC levels in Black D.O.G. typically range from the mid-teens to the low-twenties.

When should I bring in my black dog?

Outdoors, the Black D.O.G. strain might be ready for harvest during the last week of September and the first week of October, reaching heights of three to four metres. Grape, pine, and cherry notes are joined with the Headband father’s powerful gassy undertones.

What is the flavour of the black dog strain?

Fortunately, this strain smells far superior to your ordinary dog, with a pungent, musky skunk evocative of its forefather, the famous indica strain Kush. This ancestry is also evident in the velvety berry flavour of Black D.O.G. 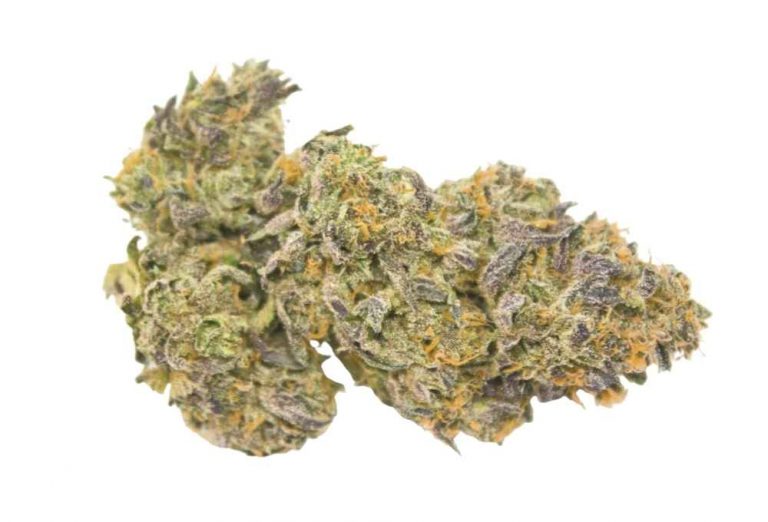 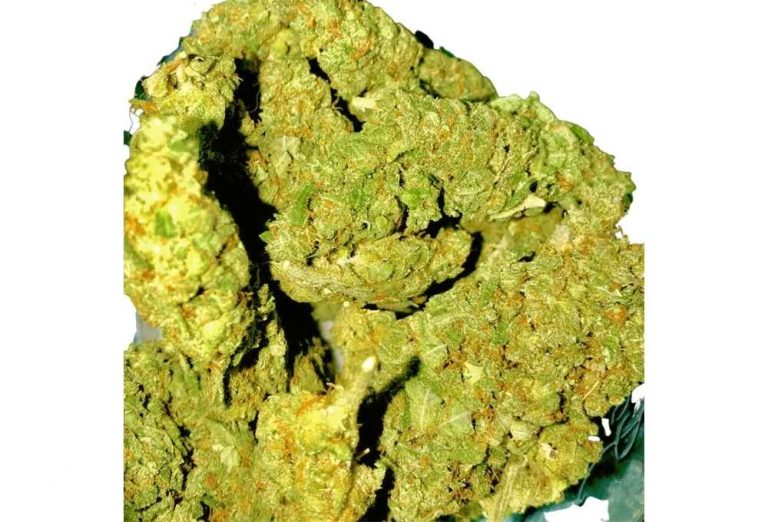 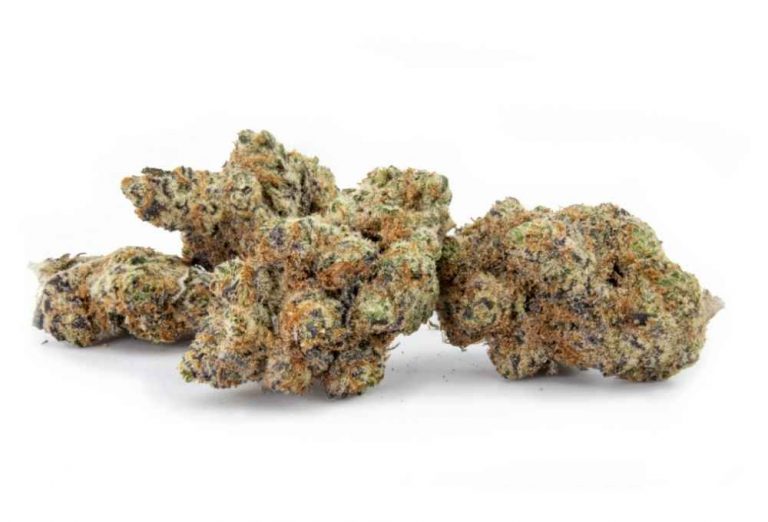 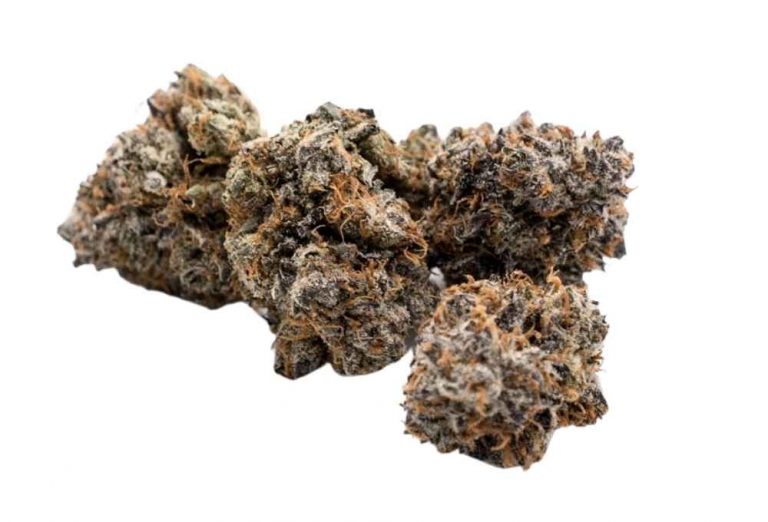 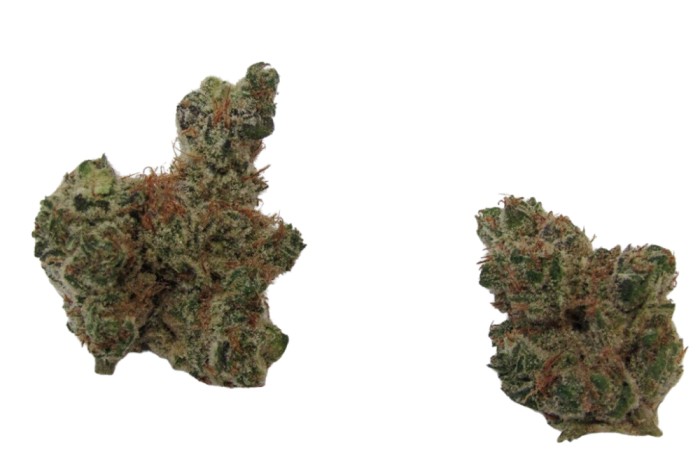 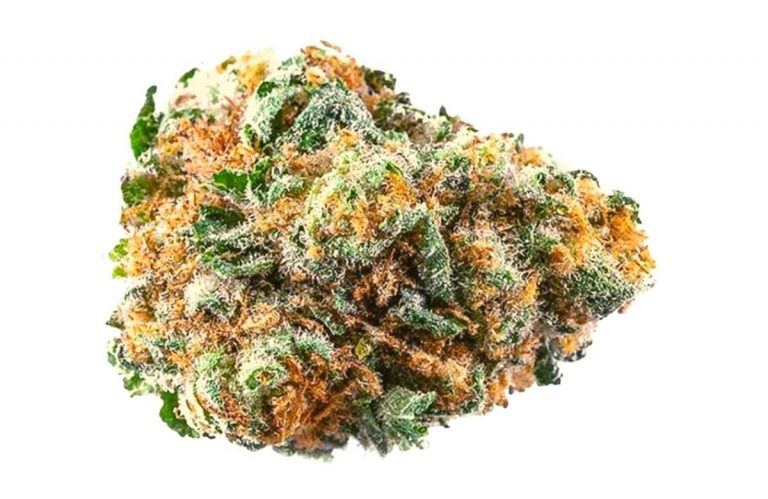