Montana Silvertip, sometimes known simply as Silvertip, is a hybrid of two separate cannabis strains. It was created by crossing Grandaddy Purple with Super Silver Haze.

Montana Silvertip has an indica dominance ratio of of 7:3. Silvertip is also the father of the Blueberry Silvertip strain.

Montana Silvertip receives its name from its origin. Montana, in the good old United States of America. The Silvertip portion of its name comes from its dominant father, Super Silver Haze. That is, they are related not just by name but also by sativa dominance.

Montana Silvertip buds, like other cannabis buds, are bumpy and spherical. Their buds are quite thick and have a grape-like form. They are brilliant green in colour, with orangey brown hairs around the nugs and a dense covering of icy white, thin, crystal trichomes.

Silvertip has a distinct flavour that is distinct from that of other cannabis strains. Some describe it as berry-like, with a wonderful pine flavour and a sweet bite.

Every good cannabis strain has a powerful scent. With just a sniff, you can tell it’s top quality. Fortunately, Montana Silvertip is not an exception. Along with the skunky earthy perfume, the aroma is sweet and pine-like, exactly like the taste. You’ll get shivers from just one smell of this.

THC levels in the Silvertip strain can reach up to 26 percent on average, while CBD levels range from 0 to 1 percent. This signifies that this strain is highly psychoactive.

Myrcene is the most prevalent terpene in Montana Silvertip. This is true for the majority of cannabis strains. Myrcene has a strong earthy fragrance and a spicy flavour. Pinene and caryophyllene are the second and third most prominent terpenes after Myrcene.

Caryophyllene has a peppery flavour, whilst pinene gives Silvertip its pine fragrance and aftertaste. Silvertip has a very cold, slight sedative-like effect due to the combination of these terpenes.

The beautiful thing about cannabis is that, as long as it is consumed in moderation, the adverse effects are short-lived. And, depending on the individual, as long as there are no underlying health concerns, they are usually not too severe. In rare situations, they may even be beneficial.

To begin with the negatives, we have dry mouth, red eyes, and, in some circumstances, paranoia. Staying hydrated will help with dry mouth, and red eyes can be treated with a good pair of eye drops.

Paranoia is usually not very severe, and if you are aware of it, you can usually manage it. These adverse effects are not exclusive to the Silvertip strain and are common to most cannabis strains.

Now we’ll get to the reason most people like cannabis: the favourable side effects. Montana Silvertip has the ability to make individuals feel calm and joyful, although this is true of most cannabis strains.

The experience of being lifted is unique to Montana Silvertip. This makes it a popular remedy for feeling down.

Cannabis is quickly becoming a popular natural alternative to established treatment. Particularly for psychological disorders. This is because cannabis is designed to cure the mind, thanks to its high psychoactive THC as well as the mood-altering properties of CBD.

Most cannabis plants can help with depression, lack of creativity, and even pain treatment. When her cramps were unbearable, Queen Elizabeth the First was known to light up a joint. However, there are several medicinal advantages to the Montana Silvertip.

Montana Silvertip has been regarded as an excellent, temporary remedy for depression due to its energising properties. It has even been known in rare circumstances to help permanently alleviate a depressed mood when combined with the correct therapeutic atmosphere.

Furthermore, as compared to other strains, Silvertip offers exceptional pain-relieving capabilities. It has been shown to be particularly effective for spinal and nerve pain. Other conditions that it has been known to help treat and soothe include Crohn’s disease, migraines, ADHD symptoms, and even cancer.

While cannabis cannot totally cure cancer, it has been shown to reduce the development of cancer cells. And for those of you through chemotherapy, it can significantly reduce fatigue, lack of appetite, depression, and discomfort.

Silvertip seeds, like other buds, may be purchased from any reliable cannabis seed source or from plant cuttings. It’s incredibly easy to cultivate because it’s resistant to many plant moulds and diseases, which is very useful for first-time gardeners.

It may be cultivated inside or outdoors, but it must be maintained in a warm climate with plenty of UV lighting, either natural or artificial.

Your strain’s blooming period and production are determined by a variety of factors, the most important of which is whether it is cultivated inside or outdoors.

The advantage of being outside is that it is substantially less expensive than being indoors, because you do not have to spend more money on artificial light, energy, or heaters to keep warm. Outdoors, there is also greater space, allowing your cannabis plant to grow as tall as it wants, as opposed to the limited space indoors.

Outside, though, your plant is more vulnerable to infections, mould, and mildew. Fortunately, the Silvertip is immune to these and other ailments, so it doesn’t matter too much.

However, it is weather-sensitive, and a cold spout might just as quickly damage the crop as illness. Indoors, you have total control over your surroundings, leaving nothing to chance.

Montana Silvertip flowering time indoors is around 8-9 weeks, or 56-63 days on average. It should be ready to be harvested outside about the middle of October.

Montana Outdoors Silvertip may produce up to 16oz of fruit per plant. Indoors, the yield is 14 oz per square metre.

Review of the Silvertip Strain

Montana Silvertip has much more THC than most other cannabis buds. This, along with its sativa dominance, results in a very pleasant, euphoric feeling on first touch. The head high gives way to a relaxing body buzz, relieving you of any discomfort or tension.

Despite this, you are perfectly functional; you are simply more calm and uplifted. Montana Silvertip, unlike some other cannabis strains, will leave you invigorated and focused rather than languid and tired. This makes it ideal for ingestion during the day.

The effects of smoking or inhaling Silvertip might continue for 1-3 hours. This is far superior than other cannabis strains, where the impact does not stay as long, often dissipating in less than half an hour.

Silvertip’s uplifting, mood enhancing properties will ensure a good time no matter how you eat it. The majority of consumers reported feeling extremely calm and pleased after consuming some of this strain.

And, considering how terrifying a terrible trip from a poor strain can be, the value of joyful buzz cannot be overstated.

Because of its powerful impact, it is best suited for moderate to experienced users than than beginners, whom it may overpower. That being said, it’s not powerful enough to injure a novice who wants to try it. Just be cautious and avoid overindulging.

With Montana Silvertip, you get exactly what you see. THC and potency levels do not vary greatly depending on the plant. It typically includes between 23 and 26 percent THC and 0 to 1 percent CBD. It is worth mentioning, however, that because of the high THC content, it should be taken with caution.

Having said that, Silvertip has few negative side effects. It’s the kind of marijuana that will keep you functioning after usage, and in most circumstances, will make you operate better.

Montana Silvertip offers more medicinal advantages than some genuine drugs out there, thanks to its excellent pain reduction capabilities, ADHD, Crohn’s disease, and depression symptom treatment.

Having saying that, you should always speak with your doctor before experimenting with alternative treatments.

Finally, the sweet, earthy pine scent and taste of Montana Silvertip distinguishes it from other, earthy and bitter strains that leave a terrible taste in your mouth.

Montana Silvertip will undoubtedly leave you with a pleasant smile. As always, remember to take cannabis carefully and in moderation.

What is the Silver Tip strain?

Silvertip, often known as Montana Silvertip, is a hybrid of Granddaddy Purp and Super Silver Haze. This 60/40 sativa/indica hybrid has a THC content of more than 22% and produces sweet and earthy smelling buds. Silvertip’s sativa dominance provides consumers with a cerebral high that is wonderful for energy and creativity.

Is Silvertip an indica or a sativa strain?

Silvertip, often known as Montana Silvertip, is a hybrid of Granddaddy Purp and Super Silver Haze. This 60/40 sativa/indica hybrid has a THC content of more than 22% and produces sweet and earthy smelling buds. 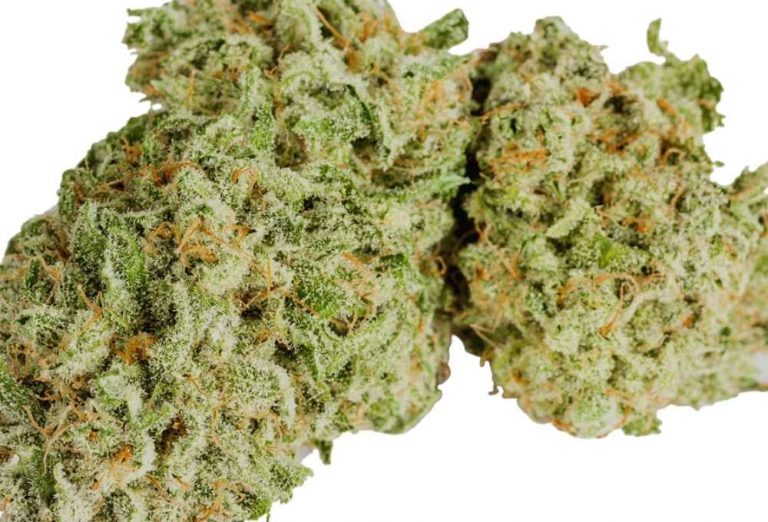 Do you know how this cannabis strain earned its name? The Green House decided to produce this Sativa-dominant strain of cannabis to honour one of the most dangerous monsters in the ocean, the Great White Shark, which resides in a variety of our world’s oceans and presents a significant threat to humanity. Despite the fact… 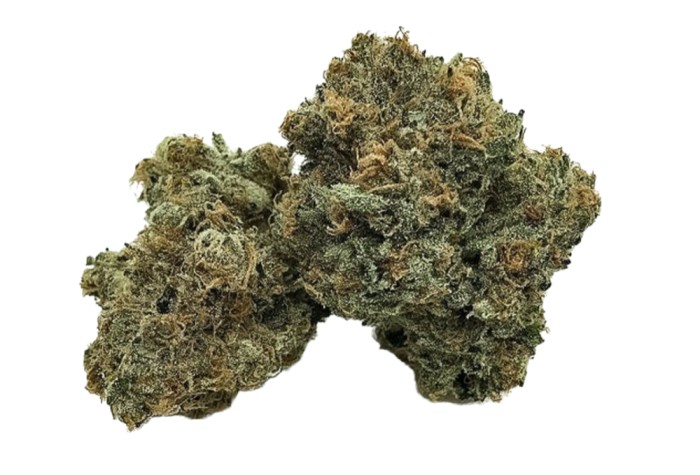